I was born in St. Mary's hospital in 1964 to the parents of George and Mary Brown.  I was raised in Minster, Ohio with my 8 siblings of which I am the youngest. I have 2 sisters and 6 brothers (most of you may know my brother Roy when he worked at the Versailles Inn and Restaurant)  When growing up my father did candid wedding photography for 40+ years and may have taken pictures of your grandparents and parents weddings.
I graduated from Minster Local High School in 1982.  I attended and graduated from Wright State University with an Associates degree in Applied Manufacturing Engineering in 1985. I attended Bowling Green University from 1985 to 1987 but left to join the Legion of Christ before I graduated.  In high school and college years  I worked at the Wooden Shoe Inn in the kitchen, then as a custodian and lab technician at St Mary’s foundry and weekend night guard at Minster Machine’s foundry. When at Bowling Green University I also worked at the GM Inland plant in Dayton as a co-op statistician and later at Westinghouse in Lima in their engineering department helping oversee their lathe and milling operations.

In 1987, I entered the Novitiate of the Legionaries of Christ in Cheshire, CT. I made my first vows in 1989 in Cheshire. I did my Humanities study year in Salamanca, Spain in the academic year 1989-1990. In October 1990 I began my Philosophy Studies in Rome with the Legionaries of Christ. I completed these 2 years of philosophy studies in 1992.
In the summer of 1992, I was transferred back to the United States to begin a 3 year internship.  My first year assignment was on various vocational recruitment assignments that had me working in the mid-western states.
In January 1993, I continued with working on a different vocational road team this time being sent to the West Coast of the United States that included territory from Arizona through California all the way up to Calgary & Vancouver, Canada.  In the fall of that year I began what would be a 2 year assignment on a fundraising road team on the Atlantic East Coast (Eastern NY, Philadelphia Maryland & Virginia).
In October of 1995, after internship, I began my final Theological Studies in preparation for priesthood at the Regina Apostolorum Atheneum. I eventually graduated with a Bachelor's degree in theology with Magna Cum Laude honors.  I was ordained a deacon on June 29, 1998 in Rome by Monsignor Magistris.
After diaconate ordination I was sent back to the USA to Edgerton, Wisconsin. My assignment was again as a recruiter for the novitiate age vocations and spiritual director of both Regnum Christi (RC) male and female members in the midwest territory. (10 states and 2 territories of Canada)
On December 24, 1998, I was ordained a priest by Cardinal Angelo Sodano in the Chapel of Regina Apostolorum in Rome, Italy.  In September 1999, I changed residence to Clarkston, MI until the fall of 2002 while retaining my previous apostolate of vocational recruiter and spiritual guide to RC members in my territory.

In 2002 I was transferred to Dallas, TX and worked as a vocational recruiter in the southern cities of Texas including Houston, San Antonio and Austin.  In addition to being a recruiter I was named chaplain to the 2 LC schools in those cities. (Northwoods School in Spring, TX and Rolling Hills School in San Antonio, TX).  I was also the coordinator of apostolates and spiritual director of the men’s, young men’s, and women’s sections of Regnum Christi in those localities.
In the fall of 2003, I switched assignments to work as an auxiliary chaplain at the Highlands School in Dallas, TX  and vocational recruiter for Dallas and Oklahoma.
In the fall of 2004, I was transferred to Potomac Maryland to work as a spiritual guide and auxiliary priest to the men’s and young men’s sections of Regnum Christi for that area which included the cities of Baltimore, MD, Bethesda, MD. and Raleigh, NC. I also became a once a week chaplain at Notre Dame Academy in Middletown, Virginia.
In the late fall of 2008, I was assigned the additional work of chaplain to the Woodmont School in Cooksville, MD.  In March 2010, I was relieved of my duty as chaplain and returned to being a spiritual guide for the Maryland and Virginia sections of Regnum Christi.
In addition to the other responsibilities already mentioned, I regularly preached nights of recollection and Ignatian Spiritual exercises to young men and women as well as adult men and women of Regnum Christi organized by Regnum Christi teams across the nation.
In July of 2010, after 24 years in the Legion of Christ, I asked for and received permission to leave the congregation of the Legion of Christ to seek incardination into the diocese of Cincinnati, OH.  I took a 3 month break to discern my next steps helping with Masses at St Augustine parish in my hometown during this time.
On September 1, 2010, I began an assignment as Parochial Vicar at St Albert the Great Parish in Kettering, Ohio until July 2015.
In March of 2014, I was officially incardinated into the diocese of Cincinnati, Ohio.
For the last 7 years I have been Pastor of the Fort Recovery parishes consisting of Mary Help of Christians, St Joseph, St Paul and St Peter’s Catholic churches.  In 2020, I was elected to the Bishop’s Presbyteral Council representing the St Mary’s deanery.
In my limited free time I enjoy cooking, smoking and grilling for family and friends.  I like to cook a Spanish dish called Paella. I especially like making Italian food and various pasta dishes including homemade ravioli.  I enjoy making desserts and candy such as caramels which I make for the youth group to sell and earn money for their mission trips.
I suffer a lifelong mental condition being a Cleveland Browns fan. There seems still to be no cure.
I like to take pilgrims to Europe for tours of the beautiful Churches, scenic views and learn about their rich history. So far I have led pilgrimages to places such as Italy, including Rome, Naples, Pompei, Orvieto, Assisi amongst many other cities. I also have taken tour groups to Spain, Portugal, Barcelona and France including such cities and places like Paris, Charte, Normandy, Lourdes, Santiago de Compostela, Fatima, Lisbon, Madrid and many other cities.
I like to see other places than the corn and bean fields of Ohio and Indiana and am so appreciative for the generosity of parishioners and friends that have made it possible for my travel and enjoy places this side of the Atlantic including Mexico and the Bahamas, Puerto Rico and stateside to Florida and California  and so many other states and cities throughout this beautiful country. 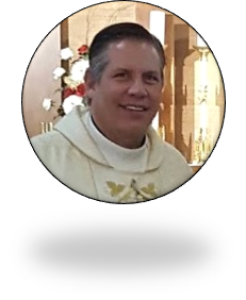